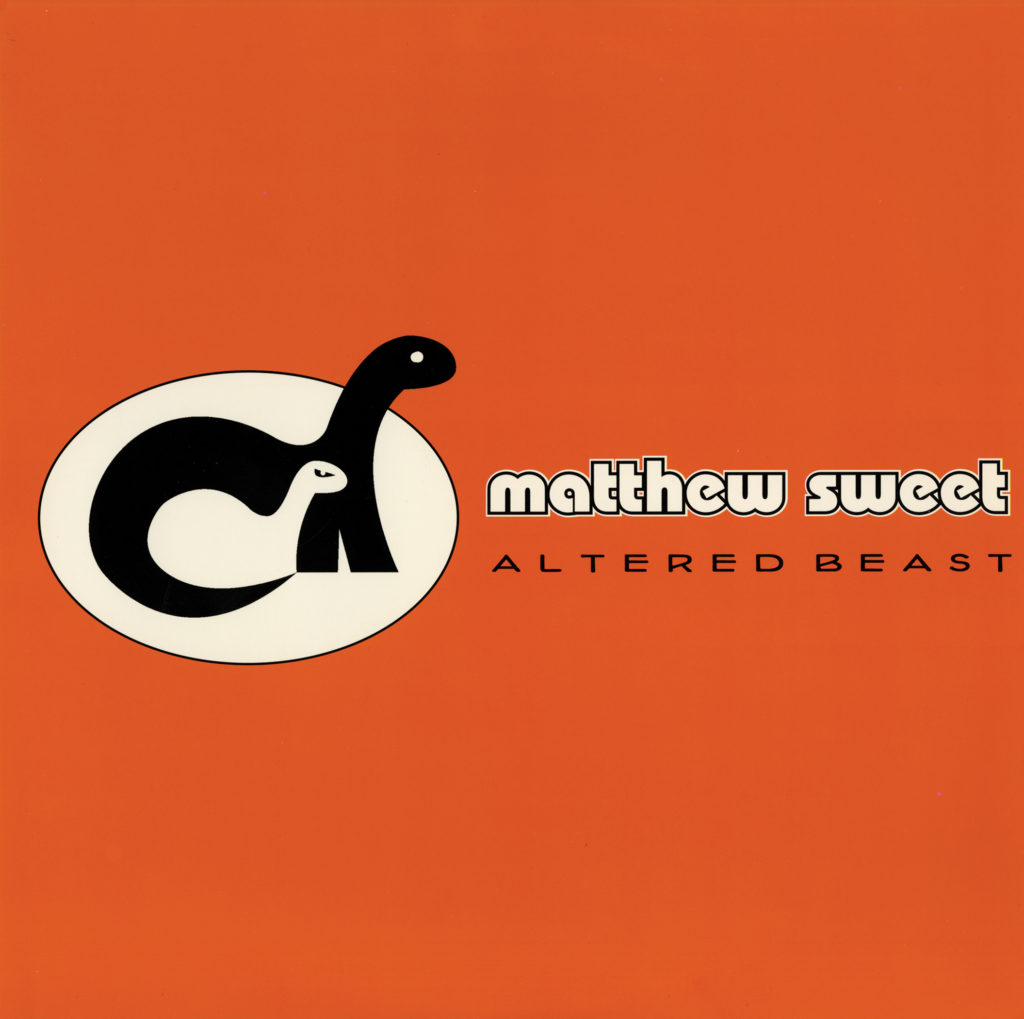 "Intervention has once again created a high-quality vinyl reissue that is not only meant to be played loud, it practically demands it. " (September 19, 2018)

"Their collective work has never sounded better than it does on this remastered vinyl pressing from the ever-reliable Intervention Records...Every song sounds like it is bursting out of its seams and ready to flatten a major metropolis." (September 28, 2018)

The middle entry in Matthew Sweet's holy 90's Power-Pop Trilogy, Altered Beast is a sprawling, multi-dimensional power-pop trip finally presented at its artistic fullest. Sweet was a songwriting machine in this period, and in doing source research a third analog master reel with 6 extra tracks was discovered. Intervention's 2X 180-Gram LP Expanded Edition is a 21-track Beast that shows a master songwriter at his prolific best.

While many of these extra tracks were used as B-sides on CD singles and saw release on other compilations, Intervention's Expanded Edition places these songs in the context they belong, with the album for which they were recorded. Hearing the quality of tracks like "Superdeformed" one wonders how Altered Beast wasn't originally a double LP!

The original 1990's LP crammed all 56 minutes of the original repertoire onto two LP sides, forcing dramatically lower levels, much softer dynamics and less expressive bass. Intervention's cut expands the original repertoire over three vinyl sides, opening up the sound stage and for the very first time presenting this amazing recording with FULL bass extension and dynamic power! The result is the best-sounding Altered Beast that's ever been or ever will be! This is simply a fabulous-sounding rock recording that's big, bold and super fun to listen to.

Altered Beast's album art was lovingly restored by Intervention's Art Director Tom Vadakan, and printed as a gorgeous "Old Style" gatefold by Stoughton printing in LA. It's printed on heavy stock and film-laminated for superior color depth, beauty and durability. The center labels are printed by Dorado.

Altered Beast is 100% Analog Mastered from THE Original Master Tapes by Ryan K. Smith at Sterling Sound. The Master Tapes are 30ips 1/2" analog reels, and the six bonus tracks live on their own analog master reel.